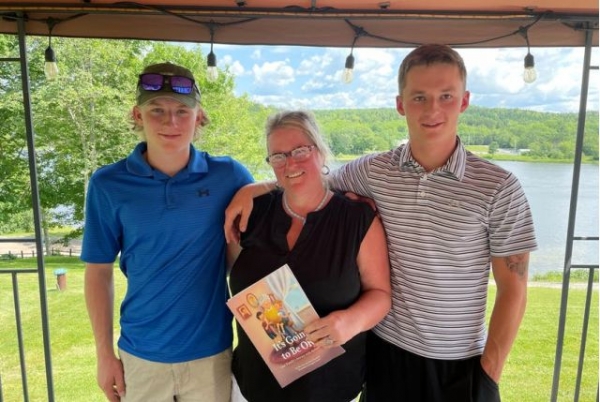 Alzheimer’s is a word all too familiar to many families.

In fact, statistics from the Alzheimer’s Society say one in five Canadians will be a caregiver to someone living with this disease.

Marie Kennedy of Antigonish, N.S. and her family have experienced a loved one being diagnosed and eventually dying from Alzheimer’s.

In fact, it prompted Marie and her sons, Alex and Ben, to write a children's book, It’s Going to Be OK, about their journey with Alzheimer’s.

Around 2002, Marie said the typical signs of Alzheimer’s started to show in her mom, Ruby MacLeod. She had become quieter, forgetful around the house, had slip-ups during conversations, she began losing things and, one day while shopping at the mall, Ruby got lost.

After a series of tests, it was confirmed that she had Alzheimer’s.

Ruby had been a schoolteacher who was known for being smart (and strict). She was a beloved mother to eight (seven boys and one girl) and a rock to her family, as her husband worked away for many years. Another thing she was: an adored grandmother.

Marie’s boys Alex and Ben spent an enormous amount of time with their grandmother. Marie was Ruby’s only daughter, and as a result, there was a special bond with Marie's children.